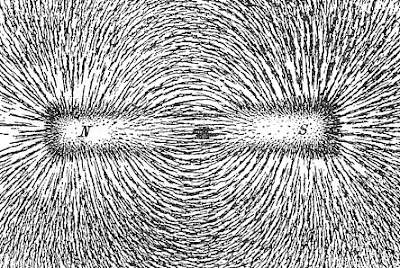 Yesterday, a definition of the will-power.  Today, its "dangers and perversions."  Edmund Sears, "The Will-Power" continued.

"II. And this leads us on to the second topic — What are its dangers and perversions when left to itself and standing alone.

Its dangers are twofold. And the first is, that it degenerate into self-will or mere wilfulness, which is one of the worst perversions of the mere natural mind. It is manifest in "two ways. It shows itself by sticking upon non-essentials while it leaves out the weightier matters of the law. It will go the whole lengths for the mint, the anise, and the cummin, and even sacrifice unto these justice, mercy, and faith. It would go to the stake merely to have its own way whether right or wrong; and people generally talk the loudest about their consciences when they only mean their self-will. Moreover, when this power degenerates into wilfulness, its demonstrations are always those of passion and self love, and even on the side of right it attempts to serve the altars of God with the fires of hell. A great many cases of martyrdom which men praise, and which have gone into the calendar of saints, will be found, I think, to be nothing else than sheer wilfulness. No Gethsemane has preceded their Calvary ; no descent into the deeps of human weakness ; and therefore they rise no higher than mere bravery, wilful endurance, stoical obstinacy, and dramatic virtue; not to the sublime heights where they reappear in the clothings of Divine Omnipotence.

But a worse danger than that besets this power when standing alone, and that is that it be broken down and destroyed. Oh, there is no sadder spectacle in this world than that of a man whose will has been broken down ; who sees the right, who desires to follow it, and yet when he tries to do it finds himself weaker than an infant at the breast. The intellect may be clear, and the sensibilities may be alive, and there may be all the accomplishments and adorning graces of the outward man, and all the ties of friendship may be twined about him, and all the motives of heaven and hell may lie upon him, and yet some demon has touched the will and broken it, and it is as if the mainspring had been taken out and all the wheels go whirring at random. There is no longer any self-cohesion for that man. He is at the mercy of every temptation that comes, and " his limed soul when struggling to be free is more engaged." " I have a large fortune," said a man to a temperance agent, " but tell me how I can pass that dram-shop without going in and I will give you the whole of it." And here is where sin does its deadliest mischief, and herein lies all the bondage of evil habit. Every repetition of the sin makes the will weaker, till finally its power of volition is gone forever...

But I need not have gone so far, nor have recited an extreme case like this. The reason everywhere why virtue is so feeble is because the will is weak and wayward. All that class of persons that halt between Christ and the world, and do not know to whom they belong themselves, are people whose wills have been demagnetized and hence all their weakness and inefficiency. There is no decision in religion where this is the case, no self-consecration to duty, but a passive floating along as circumstance or accident or pleasure may direct the way. They are creatures of accident or creatures of society, for the sole reason that the will is weak; for when the will is weak the world has us in its power, and a full grown manhood or womanhood is an impossible attainment."

Blessings
Posted by slt at 6:15 AM