first the blade, then the ear... 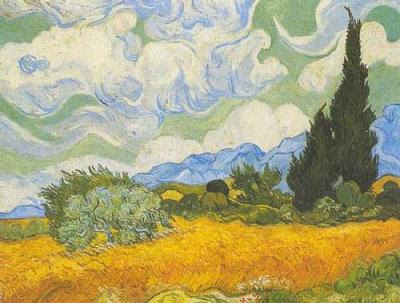 One of the great virtues of the "Boston Unitarians" was their joining of lofty moral aspiration with practical modes of attainment.  Today, Brother Ware speaks of the importance of progressing by well defined stages.  Many days I still feel like a blade but occasionally, I can see that full ear of corn (however faintly...)


All progress is from stage to stage. In the processes of nature it is so; — first the blade, then the ear, then the full corn in the ear; — a continued growth, but arriving at and passing certain epochs or periods as it proceeds. So in the growth of the human frame, and of the human mind; so in the advancement of society and knowledge. No science can be taught, no art can be learned, except in passing from step to step; one portion must be acquired first as a preparation for another, and the third can be reached only through the full comprehension of the second. Why should religious knowledge and Christian character be exceptions ? Why should we not expect in their pursuit also to find natural steps of advancement, which invite us to aim at one attainment in the first place, and to make that a stepping-stone for the next ? And if our religious progress were divided out for us into portions, would not its accomplishment be more certain and more satisfactory ?

It may not be easy — indeed, it is very difficult—to state distinctly and with philosophical exactness the successive stages of the religious progress; and for this reason, among others, that they cannot be precisely the same to all men. Even the author of that celebrated description of the Christian life which depicts the Pilgrim's Progress, though of a class of believers who have gone as far as any in making Christian experience of the same undeviating type in all individuals— has yet found it necessary to allow great varieties in the several histories which he framed... It is inevitable that, under this state of things, no minute account can be given of the stages of Christian progress which will precisely apply to all persons. We can state nothing more than a few general principles, of whose varying application every man must judge for himself."

Blessings
(painting is "A Cornfield with Cypresses" by Vincent Van Gogh
Posted by slt at 5:30 AM

For a second there, based on reading the title alone on UUpdates.net, I thought that this blog post was going to be about *someone* in Jesus' entourage allegedly cutting off the ear of the high priest's servant when they came to arrest Jesus. :-)

I love to point out *that* little snippet of scripture, along with some others, to those naïve people who believe that Jesus was some kind of ultra peacenik. . .