"    Is not true leisure
One with true toil?

Rest is not quitting
The busy career,
Rest is the fitting
Of self to one’s sphere.

’T is the brook’s motion,
Clear without strife,
Fleeing to ocean
After its life.

’T is loving and serving
The Highest and Best!
’T is onwards! unswerving,
And that is true rest.

Work, and thou wilt bless the day
Ere the toil be done;
They that work not, can not pray,
Can not feel the sun.

blessings
Posted by slt at 8:15 AM No comments:

This from the biography of John Sullivan Dwight discussing his years at Harvard Divinity School...

"In the Divinity School, as in the college, Dwight's one great interest was music. Near his own were the rooms of his lifelong friends, Theodore Parker and Christopher P. Cranch. Parker had no love of music and no capacity for its production, but Cranch was only less devoted to it than Dwight. When the two music-lovers were one evening playing together, they heard a great din in the hall. On Dwight's opening the door, Parker was discovered sawing wood. When asked why he was so engaged in that place, he replied, "You disturb me with your music when I wish to study, and I will have my fun in return." He kept on with his sawing until the music was silenced."

Blessings
Posted by slt at 12:41 PM No comments: 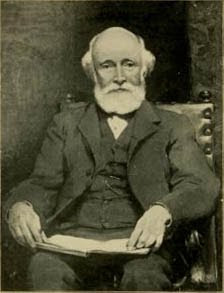 Music has always been a deeply important part of my life. My father was a high school band director before becoming a school administrator and from as early as I can remember I sang in church and school, played the trumpet through high school (braces did a number on my trumpet playing)and played guitar in bands including the "Lightbulbs"-I'm sure you have heard of us...) As an adult I have tried to teach myself the cello (mostly a failure) and am now immersing myself in the recorder. My children are all singers and budding musicians playing flute, cello, piano, and trumpet.
I try very hard to appreciate the incredible blessing that modern times are in regards to music. When I want to listen to the greatest music ever written and performed I have only to push a button. This blessing, of course, has within it a curse. Many years ago, people had to play music in order to hear it. It's scarcity engendered a truer appreciation...
The Boston Unitarians and the Transcendentalists had various reactions to music. Thoreau loved his flute while Emerson had virtually no ear for music at all. Of all the Boston Transcendentalists, only John Sullivan Dwight dedicated himself to music.
An early champion of Beethoven, Dwight created and edited "Dwight's Journal of Music" for which this was the founding statement:

"The tone to be impartial, independent, catholic, conciliatory, aloof from musical clique and controversy, cordial to all good things, but not eager to chime in with any powerful private interest of publisher, professor, concert-giver, manager, society, or party. This paper would make itself the 'organ' of no school or class, but simply an organ of what may be called the Musical Movement in our country, of the growing love of deep and genuine music, of the growing consciousness that music, first amid other forms of Art, is intimately connected with Man's truest life and destiny. It will insist much on the claims of 'Classical' music, and point out its beauties and its meanings, not with a pedantic partiality, but because the enduring needs always to be held up in contrast with the ephemeral. But it will also aim to recognize what good there is in styles more simple, popular, or modern, will give him who is Italian in his tastes an equal hearing with the German, and will even print the articles of those opposed to the partialities or the opinions of the editor, provided they be written briefly, decently, and to the point."

Like most Unitarians, I have a strong Anglo-Catholic side...In that spirit I recommend highly "Marking the Hours: English People and their Prayers 1240-1570" by the Catholic scholar Eamon Duffy. It is a riveting read.

Blessings
(I suppose it is just barely possible that most Unitarians don't have a strong Anglo-Catholic side but the book is still a great read!)
Posted by slt at 8:05 PM No comments:

This from William Alger's "The Solitudes of Nature and of Man: or the Loneliness of Human Life"

"Every man wrestles with his fate not in the public amphitheatre, but in the profoundest secrecy. The world sees him only as he comes forth from the concealed conflict, a blooming victor or a haggard victim. We hate or pity, we strive or sleep, we laugh or bleed, we sigh and yearn ; but still in impassable separation, like unvisiting isles here and there dotting the sea of life, with sounding straits between us. It is a solemn truth that, in spite of his manifold intercourses, and after all his gossip is done, every man, in what is most himself, and in what is deepest in his spiritual relationships, lives alone. So thoroughly immersed is the veritable heart behind the triple thickness of individual destiny, insulating unlikeness and suspicion, that only the fewest genuine communications pass and repass; rarely in unreserved confidence is the drawbridge lowered, and the portcullis raised... Occasionally, urged by overstress of curiosity and tenderness, taking the dearest ones we know by the hand, we gaze beseechingly into their eyes, sounding those limpid depths, if haply, reading the inmost soul, we may discern there a mysterious thought and fondness, answering to those so unspeakably felt in our own. But again and again we turn away, at last, with a long-drawn breath, sighing, alas, alas! No solicitation can woo, no power can force, admission to that final inviolate sanctuary of being where the personality dwells in irreparable solitude."

This from William Alger, cousin of Horatio, and a Unitarian Minister. He did much fascinating work not least this book, "The Solitudes of Nature and of Man: or the Loneliness of Human Life." I have been reading this book with amazement the last couple of days.

"The true destiny of man is the fruition of the functions of his being, the purest and fullest exercise of his faculties, in their due order, in internal unity and in external harmony. He should therefore seek to perfect himself in the light of the great standards of truth, virtue, beauty, humanity, and God ; and to be contented with himself as reflected by these standards. To seek, instead of this, to see himself flatteringly reflected in the estimation of other people, in whose judgments these standards are often refracted in broken distortions, is the sure way to wretchedness. He who aims at perfection, going out and up in thought and feeling from his defects to its standards, will be happy. He who aims at fame, coming down in thought and feeling from his rich desires to the poor facts, will be miserable. Happiness is the successful pursuit of an aim. Perfection is the grandest of aims, and the only one in which a continuous success is morally possible for all. The happiest of men are the saints and mystics, in whom the social exactions of self are lost in a fruition of the sublimest standard; each wave of force goes out and dies in ecstasyvon a shoreless good. But the selfish plotter feels each wave of force rise and move inward to die, with egotistic disgust, of extinction in the centre. Whoever would live contented and die happy must not pursue public applause, but must give more than is given him, and love without asking a return."