left to take care of itself... 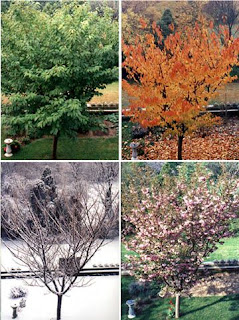 The limits of the idea of the gradual development of the Christian Life, which was a common theme for many of the Boston Unitarians, is discussed by Henry Ware Jr. today who says it can often be used as justification for doing nothing at all.  From Chapter 2 of "Progress of the Christian Life:"
"Besides the causes of error which are hinted at in the preceding chapter, there are others still more worthy of consideration. Of these I do not know that there is any more common or more detrimental than that which is the subject of this chapter. It is an error which arises naturally from the circumstances of birth and education in a Christian land, and from the idea that under such circumstances the Christian character grows up of course, just as the social does, and perhaps as part of the social. It differs from that before mentioned in this, that, while that supposed the Christian character something to be formed by a certain process in a certain time, — to be done by the job and finished at once, — this supposes that it is never any thing to be taken up as a distinct subject of attention, or to be made an express concern; but is to be left to take care of itself, under those influences to which all are subjected, and beneath which it will grow up spontaneously. This is a common error; it infects the great mass of nominal Christians; it deceives and paralyzes even conscientious men, and keeps them from all progress by persuading them that the soul will grow of itself, as the body does.

It has no doubt been fostered by the manner in which the axiom has been received, that all safe progress is gradual, that whatever is violent and sudden is unnatural and unsafe — an axiom true in itself, when rightly understood, but very falsely applied in the present instance. Is not the progress of the day gradual, it is asked, and the progress of the seasons imperceptible ? Does not the seed germinate and spring forth without our being able to detect or trace it; growing night and day, we know not how; first the blade, then the ear, and then the full corn in the ear ? Are not all the beneficent operations of Providence and nature thus? — never rapid, vehement, instantaneous, but always gentle, quiet, gradual? And, satisfied with this analogy, we sit down to wait the advancement of our character, just as we wait the progress of the season; as if we had only to sit and wait; to do nothing to hasten or retard it; as if its course was onward as inevitably as fate. We do not perceive that we advance; but no matter: who sees the sun advance on the dial-plate? We have no consciousness of being in motion ; but, then, who sees the motion of the planets, or the increase of the blade of corn? We are making no efforts: certainly not; for a growth, to be healthy, must not be forced. Who would have the sickly and short-lived produce of the hotbed ?

But even if we chose to follow strictly the analogy between the insensible universe and the living moral soul, this mode of reasoning is unjustifiable. If we do not see the day come forward with our eyes, we perceive clearly, after an interval, that it has come forward; and though our keenest sight does not detect the growth of the plant, we yet do see that it has grown; and we should be extremely unhappy if the opening dawn should become stationary, or the grain and fruit should pause in the process of ripening."

Blessings
Posted by slt at 6:26 AM