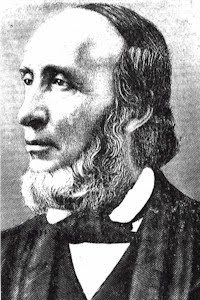 Yesterday, following church and cleanup, I happened to pick up "Sermons and Songs of the Christian Life" by Edmund Hamilton Sears (perhaps most famous today as the author of the hymn, "It Came Upon a Midnight Clear")  I was struck forcibly by a "sermon in Lent" called, "The Will-power" an exposition of what is to me a deeply central scripture.  Some excerpts:
"Luke xxii. 42. Not my will but thine"

There are two phases of character which appear under the full operation of the Gospel upon the human heart. They seem at first inconsistent, antagonistic, and wholly irreconcilable. First, there is weakness, humility, non-resistance, turning both cheeks to the smiter ; what seems often to a man of the world pusillanimity and cowardice. The Gospel requires of him who receives it to give up his own will. Hence self-abasement, humiliation, and self-surrender are reckoned among the Christian virtues, and hence the apparent weakness it produces as the lion-heart is tamed and made a lamb.

Then again the Gospel in the person of its believers is mighty and aggressive ; and one man clothed in its full power becomes more invincible than an army with banners. Non-resistance, weakness, humiliation disappear, and a single man or a single woman becomes so strong that the forces of an empire may beat against them in vain.

Some have fixed upon one of these phases and some the other, and so from two very opposite stand-points come two classes of objections against the practical value of the Christian faith and confession. These objections are as old as the writers of the second century who assailed the Christian revelation, and they are as new as the disciples of Carlyle who assail it still, in the same way. Unquestionably, it is the blending of these apparent opposites which constitutes the highest human excellence which the Gospel aims to produce. It is Gethsemane alongside of Ascension Mount. It is the complete surrender of our will-power and receiving it back again as no longer ours."

More from this sermon throughout Holy Week.

Blessings
Posted by slt at 6:03 AM

Thank you so much for the quote. I had not stumbled upon it before. It does articulate a necessary tension.

Hi Joshua,
It is great to hear from you. Just looked at your blog and will be returning often. Thanks again and blessings, BU