the pleasure of small triumphs... 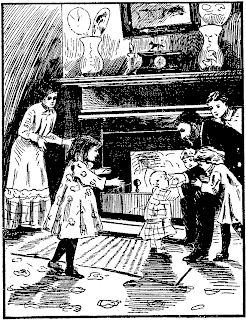 Brother Ware finishes his Chapter 5 struggle between principle and habit this morning.  Have a wonderful Sabbath everyone.

"The Progress of the Christian Life"

"To make this yet the more sure, let him take pains directly to aid and encourage his principle; not only by bringing it forward and making it active on great emergencies, but by allowing it, nay, calling on it, to exert itself constantly; giving it small tasks; cheering it by the pleasure of small triumphs; and, in a word, by making even those lesser offices of duty and kindness, — which other men do of course, and without thinking, — by making even them matters of principle, — turning them into thoughtful acts of religious obedience, doing them because they are consonant to faith, and are suitable to a spiritual and holy nature — whether he eats or drinks, or whatever he does, doing all to the glory of God, as to the Lord, and not to men. In this way, the full power of habit and all its noblest energies may be enlisted on the side of his improvement. Because, principle being often called into action, and being made the supreme deciding authority, more frequently than any thing else, the habit of acting from principle will become stronger than any other habit; will overcome, suppress, exclude every hostile habit: the opposition between principle and habit, which once so palsied the purpose and neutralized the efforts of virtue, will have ceased; and the forces once antagonistic having become united in the alliance of truth, having become in fact one, there can be no longer any serious impediment to the onward progress of the soul. "Being made free from sin, ye will become servants to God, and have your fruit unto holiness."