O for an Abraham Lincoln today... 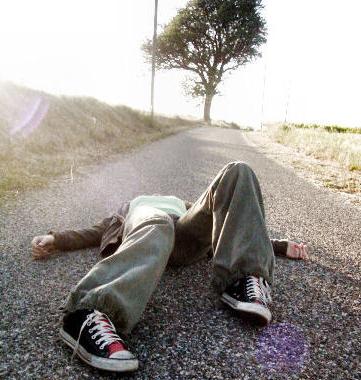 This from the 19th Century Unitarian Devotional, "Day Unto Day" often excerpted in these pages...

"My strength faileth because of mine iniquity. — Pa. xxxi. 10.

Oh, say not so! thou canst not tell what strength
Thy God may give thee at the length;
Renew thy vows; and if thou keep the last,
Thy God will pardon all that's past.
Vow while thou canst, while thou canst, vow; thou
may'st Perhaps perform it when thou thinkest least.
George Herbert.

"When a man is to run a race of forty furlongs, would you have him sit down at the nine and thirtieth, and so lose the prize. We do not keep a good fire all day. and let it go out in the evening when it is coldest; but then rather lay on more fuel, that we may go warm to bed." — But "He that is strong with his own strength falls before temptation; he is humbled in the dust. . . . Whence is our strength? From God alone."

The God of Israel is He that giveth strength and power unto His people. Blessed be God. —Pa. 1xviii. 35."

Blessings
Posted by slt at 8:09 AM No comments:

Over at her "Unitarian Universalist Quotes" Blog, Rev. Naomi King posts the greatest quote I have heard for some time.

"Whatever you may be sure of, be sure of this – that you are dreadfully like other people."
James Russall Lowell
(pictured)

Dean Grodzins, in an excellent essay included in the truly outstanding "Oxford Handbook of Transcendentalism" rightly describes the central difference between traditionalist Unitarians and the Transcendentalists as being centered in "the distinction...between two different kinds of religion, one "natural" and the other "revealed." He relates the following story to illustrate the point...

"In 1840, Ralph Waldo Emerson and Margaret Fuller saw the Austrian ballerina Fanny Eissler dance-a performance that proper boston thought hightly risqué. They were very impressed. According to a story that made the rounds, Fuller told Emerson, "This is religion!" A Boston Unitarian lady, hearing the tale, exclaimed with a laugh" 'Both natural and revealed!'

Blessings
Posted by slt at 3:18 PM No comments: I preached a sermon a couple of weeks ago comparing football coach and commentator Jimmy Johnson, Henry David Thoreau, and Jane Austen, a central part of which was my changing view of the latter. Jane Austen has become, for me, the greatest of novelists and I think I am a little in love with her...
In Googling Jane Austen and Unitarian, I came across this article from "The Unitarian Magazine" (1888) called "The Intellectual Development of Women." Interesting for the day...

"Women have succeeded as novelists because this kind of writing enables them to use the knowledge which is most easily within their reach, because of their large social experience and observation, and because it makes no great demand on wide reading and large educational attainments. Fiction requires in its production an interest in persons, which women have in a larger degree than men; and it is promoted by their love of the personalities and the sympathetic interests of life. Women possess the narrative or storytelling gift in much perfection; and this is especially required in thp writing of novels. It is owing to the influence of women, to a large extent, that a genuine realism in lictioii has been developed, a realism which is in sympathy with human nature, and which interprets the common life of humanity. The two most successful writers of realistic novels in England have been Jane Austen and George Eliot.

In poetry, women have always manifested three remarkable tendencies: the acceptance of a pure and ideal love of man and woman as the basis of their work, the interpretation of daily life with sympathy and affection, and the giving their singing an emotional richness and beauty of the highest type. [jln the fragmentary remnants of that . greatest of lyrical poets, Sappho; in the sonnets of Vittoria Colonna, the friend and inspirer of Michael Angelo, and in the poetry of Mrs. Browning, we find the same characteristic features of a pure and consecrated affection for a great man, a tender and yearning interest in human beings, an intimate sympathy with the beauties of nature, and a lofty moral purity. These are qualities which women have embodied in some, of the most delicate and sympathetic poetry we possess; and they are qualities which women are more and more, with each generation, adding to the poetry of human existence.

In the fields of general literature women have shown talent, courage and skill. Such women as Madame de Staël and Harriet Martineauhave shown that genius is not confined to the masculine sex, and that intellectual industry may go hand in hand with womanly graces of a refined and delicate type.

The intellectual influence of women has been shown, not so much by the number of great thinkers and authors which have appeared among them, as by their general influence on the life of the last three centuries. The number of women of great intellectual gifts is limited, at least so far as the literary manifestations of those gifts are concerned, and but few great books have been written by women; but the general literary habit and taste which characterize our time are very largely the product of the influence exercised by women. They have been of the ut most importance to literature in creating a reading public, and in giving to authors that sympathy and appreciation which are necessary to the best results.

In the early days of Samuel Johnson, to take a single not remote example, literature had a most precarious existence, dependent upon patronage or else leading to beggary. Johnson's own career was full of bitterness and humiliation; for he was a denizen of Gnib Street, and Grub Street meant all that was distressing and abject, at that period, in the life of an intellectual man. Johnson broke away from the slavery of patronage, and established the career of literature upon an independent basis. One most important condition existed in his day, which enabled him to do this; and that was the influence of educated and intelligent women, who gave him a reading public. As soon as women were educated in considerable numbers a great reading public was created, and authorship became an independent and self-respecting profession.

Women are now everywhere, in civilized countries, the chief sustainors of the intellectual life; they form the great body of church goers, lectnre attendants, readers of books and teachers of the young. Women as a mass now give to literature and to ideas far more of time and appreciation than do the mass of men. If they have not as yet become the intellectual leaders of the world, they exercise a very great influence in giving tone and direction to the literary spirit of the time."

Blessings
Posted by slt at 10:49 AM No comments: