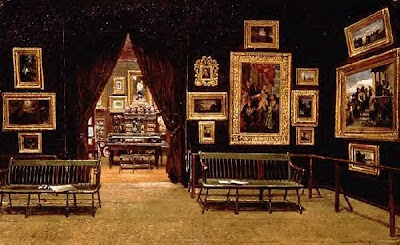 I spent the morning yesterday at the Boston Athenaeum (http://www.bostonathenaeum.org/), the secular shrine of "Boston Unitarianism." This from the Athenaeum's self-description:
"The Boston Athenauem, one of the oldest and most distinguished independent libraries in the United States, was founded in 1807 by members of the Anthology Society, a group of fourteen Boston gentlemen who had joined together in 1805 to edit The Monthly Anthology and Boston Review. Their purpose was to form "an establishment similar to that of the Athenæum and Lyceum of Liverpool in Great Britain; combining the advantages of a public library [and] containing the great works of learning and science in all languages." The library and Art Gallery (established in 1827) were soon flourishing, and grew rapidly, both by purchase of books and art and by frequent gifts. For nearly half a century the Athenæum was the unchallenged center of intellectual life in Boston..." Of those "Fourteen Boston Gentlemen", only one, the Rector of Trinity Episcopal Cathedral, was not a Unitarian.

One of those Unitarian founders was Joseph Stevens Buckminster (1784-1812), the y 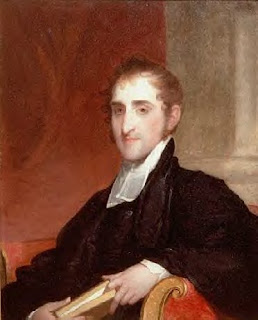 oung, magnetic, epileptic minister of the Brattle Street Church in Boston. Buckminster was held in awe by many of the founding generation of American Unitarianism, and he became the very model of the literary minister. Buckminster helped introduce German Biblical Criticism to America, thereby influencing the entire direction of the movement. His death following a siezure was devestating to the Boston Unitarians. The historian Daniel Walker Howe reports that "Forty years after Buckminster's death,...'there were Boston Merchants who could not speak of him without tears.'

When I moved to the South Shore just over five years ago, one of the first things I did was to become a member of the Athenaeum. Yesterday I visited the portrait of Buckminster (see above) and did some research next to a bust of Andrews Norton. Heaven on earth for the Boston Unitarian...