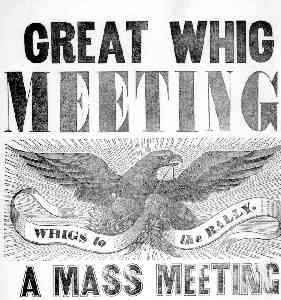 I am told an election is going on, and that it is not being carried on with decorum, dignity, or the proper respect for truth and difference of opinion. It is tempting to look backwards to a "kinder, gentler" (alright, maybe a little further than that) eloctoral process but such a search would be in vain. Democracy will always be loud and messy-the more democracy, the more loud. And yet...

The economic "crisis" has, of course, knocked all other concerns off the electoral radar screen, but it was only a few short weeks ago that both candidates, spiritual hats in hand, made the pilgrimage to Pastor Rick Warren in an effort to court the "evangelical vote". Much was briefly made of Barak Obama's possible ability to "pick off" some of those reliable consevative votes. And indeed, the "Evangelical Block" is not the monolith that it has been made out to be. Much is changing in the world of religion and politics. Such is the only constant.

What, for instance, were the politics of the Boston Unitarians? A brief summary is offered by the historian, Daniel Walker Howe.

"...the Liberal moralists fought to preserve good order in America...According to Unitarian moral philosophers, the good statesman was engaged in a disinterested pursuit of the general good. The legislative process was conceived as an inquiry after truth, and the legislator was properly a "deliberative" man...Unitarians, with their organic conception of society, presupposed the existence of a common interest on the part of all members of society. Hence the lawmaker should not 'think so much of bringing a majority to his side, as of ascertaining which side is the true one for all.' To this end, it was essential that political men excercise 'mutual forbearance" and tolerate honest disagreements until these could be definitively reconciled." (from: The Unitarian Conscience)

"Honest disagreements" as an "inquiry after truth...in pursuit of the general good." What a difference from our "Crossfire" political culture that seeks to appeal to our baser desires for titillation and ease by passing scandal as substance, and promoting personality over true character. If that is democracy, give me a little less. The Week magazine has a small feature in every issue called "Boring but Important." Such should be the ideal of all political discourse!

I'm a Wisconsin Unitarian Universalist. Our Church has launched a program of panel discussion on contentious issues, with panelists (not from the church) representing at least three points of view on the topic. Civil discourse is an important goal of this program, and while it is secular it is rooted in the UU principal of a free and responsible search for truth, as well as the principles of inherent worth and dignity of all and justice, equity and compassion. Just thought that might be relevant.

Many thanks for the comment. I would love to hear more about how your panel discussion goes...Do you think we are in for an improved period of discourse now that the election is over? Blessings